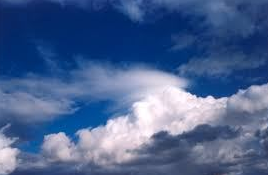 Heaven is my throne, and the earth is my footstool. What kind of house will you build for me? says the Lord. Or where will my resting place be? Has not my hand made all these things?

It’s that time of year, again, the season to return to my summer home in Delaware. As I sit on the seashore, looking out over the vast ocean, my perspective of God is one of awe and wonder. All of the earth concerns give way to the heavens, being swallowed up by its infinite greatness. Wars and rumors of wars, violence, and death have no lasting power over what God created.

In the Book of Acts in the Bible, the words leading into this writing were spoken by Stephen to the crowds as they prepared to stone him to death for his faith in Jesus. He was the first martyr of the Christian faith as the church began spreading the good news of Christ. Though facing certain death, Stephen spoke of God’s love and grace in his final words to his enemies. You and I can choose to live in fear of losing the things of this earth that are temporary, including the bodies we inhabit. Or, like Stephen, we can look up and see the glory of God, Who, through Jesus, calls us into eternal life with Him.

When worldly news reflects its brokenness through acts of greed, the struggle for power, Godless violence, lawlessness, and the list goes on, I ask God to remind His people, that instead of looking around, we should look up! The stars shine by the light of His glorious presence, and remain in place until He releases them. The sun rises on schedule and will every single day until God, like a candle, blows out its flame. Nothing happens without His knowledge. Actions performed in “secret,” are all laid bare before God, Who is both Creator and Judge.

Friend, look around. Everything you see temporary.